In May, we kicked off the 50/50 Pledge with 140 characters that echoed through the Twittersphere.

In just one month, over 1,000 women had signed up to our 50/50 Directory, clamoring to share their expertise at the top tech conferences. Just five months later, the 50/50 Directory has more than doubled with over 2,200 women technology professionals from companies like Twitter, Slack, Google, GE, and hundreds of successful small startups too.

We started the 50/50 Pledge with a simple question: Why aren’t conference organizers inviting more women to the stage? Thousands of women in tech have experiences that will teach others, and thousands of women are ready to share their expertise. Yet, according to research we conducted in June, only 25% of speakers at the top tech conferences in the last year are women. There are more than enough women available to even out the ratio. We just have to help connect them to the right people who will make it happen.

We started first by partnering with Nir Eyal’s Habit Summit. Now, we’re excited to announce that we’re one small step closer to seeing equal representation of men and women at the top tech industry conferences. We have announced our second official 50/50 Pledge Partner: CMX Summit.

“Community professionals are becoming one of the most important positions in the business world. The goal of CMX Summit is to give them the world-class event they deserve, to feature the most accomplished leaders in the field, and give them the opportunity to come together and learn from each other.”

We are proud to say that the event lineup has already been solidified and the conference is locked down with 60% women speakers, who will share their expertise from working at and founding companies like Mightybell, Moz, Airbnb, and Salesforce.

Why did CMX Summit take the pledge?

“The pledge is a representation of a focus that we’ve had since day one of this company. Our hope is that by taking the pledge, we can inspire other conferences to make gender equality a priority too,” explains Spinks.

This year’s lineup includes some amazing men and women, who will distill their insights for a crowd of the industry’s most talented community builders.

As the largest conference in the fast-growing community industry, CMX Summit’s speakers are poised to reach some of the world’s most influential community builders, who will then go on to share their learnings with their companies, including giants like National Geographic, Salesforce, and Cisco.

The women on stage there will be a shining example of what is to come on the stages of tech’s most influential conferences.

Welcome on board, CMX Summit!

Subscribe to the 50/50 Blog: Learn to Motivate, Inspire, and Lead as a Woman in Tech

by The 50/50 Pledge reading time: 2 min
Preparation What I Learned from Speaking on Stage About Being … 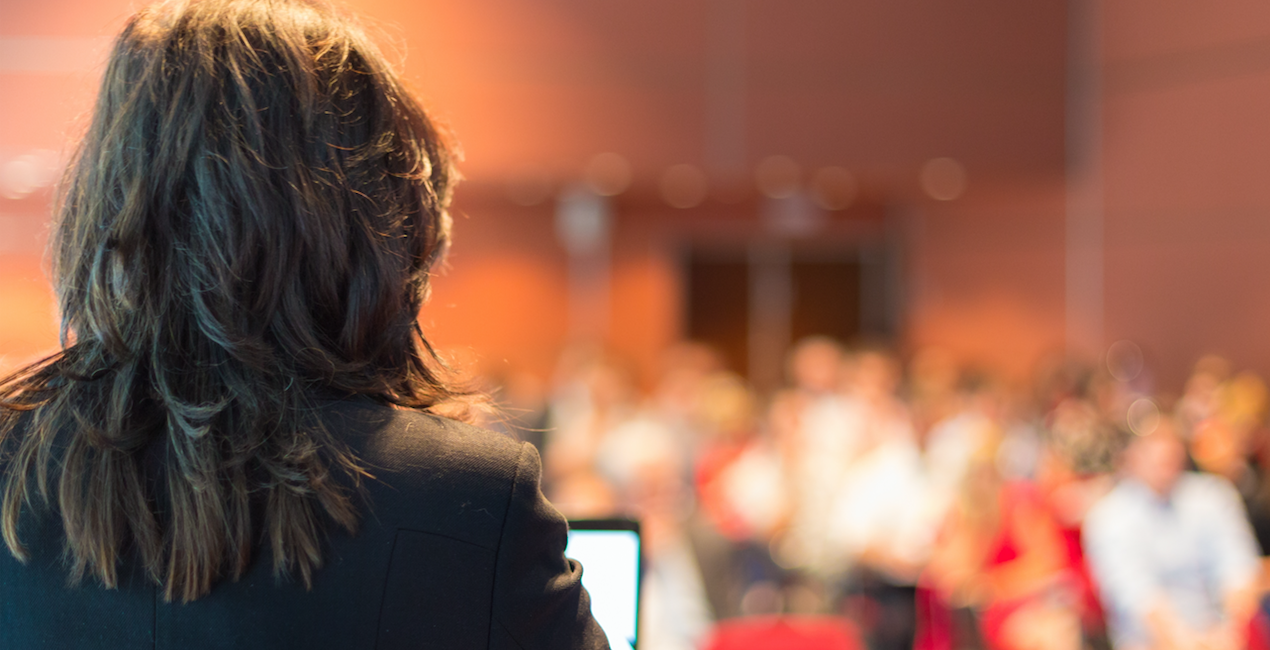